My agent, Janet Reid, has sold a pair of my crime/noir novels to Sara Minnich at G.P. Putnam’s Sons. A big thank you to Janet and Sara, and extra special thanks to Jessica M for her help and inspiration.

The right editor is an important factor in a situation such as this and I’m lucky to have Sara Minnich in my corner–more on that next week.

Meanwhile, here’s a teaser about the Isaiah Coleridge series:

Isaiah Coleridge is a mob contract killer in Alaska. As you’d expect, he’s pretty tough, seen a lot, dished out more.  But a walrus slaughter proves too much for him, and he puts a stop to it. Too bad the hunter shooting the walruses is a made guy. Isaiah finds himself in the kind of trouble that gets you a bullet behind the ear. That’s not the way it plays out, but only because he’s rescued by the one man he doesn’t want to see: his father.

Saved and exiled to upstate New York, Isaiah begins a new life. A quiet life. A life without gunshots or explosions. Except a young girl disappears and Isaiah being Isaiah isn’t one to let that slip by. And delving into the underworld to track this missing girl will get him exactly the exact notice he was warned to avoid. Meanwhile, his former comrades in Alaska aren’t in the mood to let sleeping dogs lie or old vendettas go unpursued…

An Editor for Coleridge »
« Mongrels on the Prowl

9 thoughts on “Coleridge Series to Putnam” 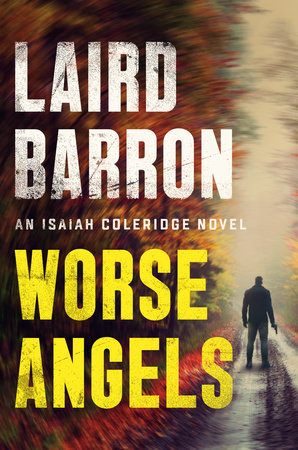