In the Pines, in the Pines Where the Sun Never Shines

Karl Edward Wagner left us twenty years ago this month. I am an admirer. Along with Michael Shea, Peter Straub, and Roger Zelazny, Wagner’s work is part of the bedrock of my literary inspiration. It was my honor to write an afterword to Walk on the Wild Side: The Best of Karl Edward Wagner for Centipede Press. I reprint it here in tribute to one of the greatest writers and editors the horror field has known.

In the Shadows of the Pines
It’s getting late.

A bloody yellow moon floats over the pines. A man sits on the porch in a rocking chair. A big guy, a grizzled, salt of the earth type, tie unstrung, collar loose. He’s sweating, and it’s a cold sweat. In his hand, a glass of bourbon, neat. Not the first of the evening, not the last. To his right, a small table upon which rests a bottle and a revolver. His calloused hand lies in the middle. He meditates on the choice between another drink or a bullet. Maybe one, then the other, like love and marriage. Wind rises beneath that sanguine moon and rustles the pines. Upon the air, a hint of jasmine, out of place here at the border of endless night. Yes, a trace of jasmine that almost disguises an undercurrent of rotting leaves, wet bones, approaching death.

Down there in the creaking pines, softly, sweetly, a woman calls his name, invites him into the shadows. Invites us.

This is the essence of my experience with Karl Edward Wagner, a larger than life figure who achieved fame as an author of the occult and the fantastic, and as an editor of the same. His strange worlds are populated by a cast of drifters and malcontents, alcoholic salesmen and conniving archeologists, of demons, devils, and other things that shamble in the dark. Of a mind with his contemporary, Michael Shea, another famous devotee of the weird tale, Wagner embraces and elevates the trappings of classical pulp fiction to modern art, carves out elements from the archetypal works of Blackwood, Lovecraft, and Howard, among others, and repurposes them into a warlock’s brew of modern, hardboiled dark fantasy and horror.

For my money, when it comes to literary modes, short fiction ranks as first among equals. From London’s “To Build a Fire,” and Blackwood’s “The Willows,” to Vance’s “Liane the Wayfarer,” and “The Cask of Amontillado,” by Poe, the short story, the novelette, and novella strike me as the most potent expressions of horror and dark fantasy literature. Horror thrives on escalation of tension and dread, elements that all too easily dissipate in novel format. Wagner is an acknowledged master of the short form. We are fortunate, nearly twenty years after his passing, to finally see a definitive collection of his stories.

Wagner’s gritty aesthetic is often divergent from the baroque pleasures of the aforementioned Shea, yet no less poetic insomuch that Wagner’s greatest power resides in his bluntness, the simplicity and directness of his descriptions, his genius at deconstructing traditional tropes and reincarnating them into something new and vital. He speaks with the conviction of man who’s scraped his knuckles in a brawl, who’s loved and lost, who’s seen the bottom of a few too many whiskey bottles. A man who has, in fact, seen many things. It’s all there on the page, infusing his characters, his landscapes, and more ominously, those chasms between the lines. You can taste that whiskey, those honeyed lips of forgotten lovers, the violence. When Wagner speaks, you’re there next to him at the scarred bar of some smoky bucket of blood where the men snarl when they smile; men who carry knives in their pockets, and it’s getting late, very late, and the wind is moving in the pines beyond the porch light, the muddy parking lot and the lonely strip of blacktop, and that damned perfume uncoils in your nostrils, mingling with the scents of sawdust and beer. Damned is right. Evil is always waiting, always biding in the darkness of Wagner’s corner of the kingdom.

Evil lurks out there in the shadows, and evil festers in the dark hearts of wicked men. Pick your poison, but poison it will be–a darksome miracle, a sinister revelation, a sudden end. He speaks to the truth of the matter for so many, and all we can do is avert our eyes or shudder as our animal brain recognizes the presence of the immutable reality of the universe as rendered by Wagner’s imagery.

It has been a rare pleasure to explore this manuscript, and one that has evoked a powerful sense of nostalgia. During my youth in Alaska I spent many a lonesome night, after the huskies were put to bed and the sashes drawn and doors barred against the howling wind, wrapped in a blanket near the stove, reading ancient pulp paperbacks by the dying glow of a kerosene lamp. L’Amour, Lovecraft, H. Rider Haggard, Poe, and London kept me company. In those days, my primary experience with Wagner was through a few of his uncollected tales and his selections for the various anthologies that he helmed. His editorial vision increased my appreciation of the genre and introduced my young self to writers I’d surely have otherwise neglected, and in them I found seeds for my own eventual maturation as an author of the weird, the uncanny, the macabre.

This winter, as I made my way through the manuscript of this omnibus the days were passing dark and the nights shrouded in mist and gloom unseasonable even for the Pacific Northwest. Storms howled through this rural neighborhood among towering fir and cedar trees and, shook my house to its foundation. On many of these nights, I reentered Wagner’s mad and twilight realms as the windows rattled, the lamp flickered, and shadows crawled across my bookshelves. The cumulative force of these stories, and the knowledge of his tragic and early death, have reminded me why I possesses such admiration for horror in the literary pulp vein, and kindled a sense of urgency–our hours are few, our days fleeting, and god only knows what awaits beyond the pines, in the darkness.

Would that I live half as large as Karl Edward Wagner did, or make a mark so indelible as this tome he has left to posterity.

Interview with Schlock Magazine »
« Read This: Llewellyn in Nightmare Magazine

9 thoughts on “In the Pines, in the Pines Where the Sun Never Shines” 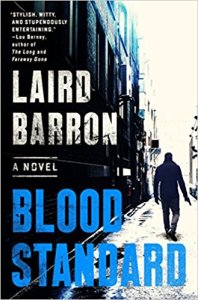