I wrote the introduction to his collection, Will the Sun Ever Come Out Again?  It’s a strong arrangement (one that demonstrates a bit of his range) and a good place to start with Southard. 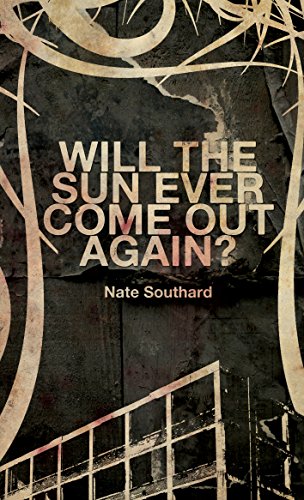 Here’s a passage from my intro:

“Authors are in dialogue with their colleagues, living and dead. Everybody in this business is a product of his or her influences. The best flare with something like anger, more complicated, though, and after they’ve read enough and lived enough they say, enough, and push back, or punch up as if they’ve got something to prove, as if something vital is in the balance, as if something dear is on the line. Comparing his style to contemporaries, Southard slugs like Donald Ray Pollack, switches and jabs like Norman Partridge, but his angles are unorthodox and peculiar like a postmodernist stepped back to 1937 and said, “Mr. Lovecraft, before you go, there’s something I need to ask…”

It’s an admirable thing to chop against the grain, to be unafraid and unabashed regarding one’s affection for the grimy, pulpy roots of horror and suspense. Far too often for my taste, writers flee the influences that shaped them. Some taste commercial success, or heaven forfend, receive laurels from literary critics, and promptly disavow provenance. I’m not a horror writer! cries the author who built her success on multiple horror novels and collections. I don’t write science fiction, demurs the novelist who made his bones with dystopian yarns featuring super science and time travel. It’s a knock on genre, of course. It’s tantamount to saying that the genus that spawned them is a slumming ground; real art lies elsewhere. I admire those who reject such craven impulses. We live in a world that gave us the pulp genius of Robert E. Howard, the feminist retrofitting of fairytales by Angela Carter, and currently the visceral dark fantasy of Livia Llewellyn; each a wordsmith, each committed to artistry with such ferocious devotion that reading them for the first time is a shock to the senses, an experience that nicks the psyche.

The greatest and bravest artists are all in to the last chip, equivocations notwithstanding. Give me an honest heart, such as Ramsey Campbell’s, any day. Give me a writer who says, this is where I come from and this is what I do. Give me a straight-shooter such as the aforementioned Norman Partridge. Give me Nate Southard.” –From “To the Fearless Ones” by Laird Barron

Behold the Void has Arrived »
« Authors to Read (Part I)