Here’s a reprint of an essay I did for Centipede Press a couple of years ago. I had it up on the old journal, but that journal is gone, and so too the Centipede link. So here it is again for those who haven’t seen it.

A while ago, Publishers Weekly solicited an essay about why I write. Lovecraft was the theme. There was more to it, though; more than the word count budget of that article permitted. There always is. And so, here we are.

Sages love this prescription: write what you know. Well, damn, I’ve spent years avoiding what I know, writing around it like a man with a load of stolen hubcaps under his arm trying to sneak past the junkyard dog. I wore down a redwood tree worth of No. 2 pencils as a teen making like Zelazny’s ghostwriter. I tried epic fantasy and Phillip Dick-style science fiction. I plundered Tolkien and Jakes. I was the man on the treadmill on that killer game show in the Bachman Books before I knew who the hell Bachman was. Regardless of what I wrote or how hard I worked, I kept sliding ever closer to my origins in life, the ol’ event horizon that allows nothing to wriggle free.

What I know and how I know are still there, nonetheless; following shadows, provenance that has proved inescapable in the most fundamental sense of the term. I can squirm and struggle, I can flail and fight, but there’s not much chance you’ll get a romance novel out of me in this go around of the big wheel of Karma, and probably not a Pat McManus-style essay, either. Strunk & White and all their prescriptions and all their revised editions can’t change the stars you were born under. Neither good nor bad, this simply and plainly is.

Write what you know, write what you know. Man, that sounds good, sounds pure, it rolls off the tongue, but watch out. Sure, everybody’s got a story. What you know most intimately isn’t the key, however. Poe, for all his travails, demonstrated that. Lovecraft demonstrated that.  So did Howard, and so did Wallace Stevens, and Robert service for that matter. No, it’s not the story of ourselves at all. It’s what the story does with you and what you do about it. It’s about other people’s stories, what they do to you, what you do about them. It’s about walking, or crawling as the case may be, through this messy existence with eyes open. It’s about squeezing a fistful of shit and praying for a diamond. 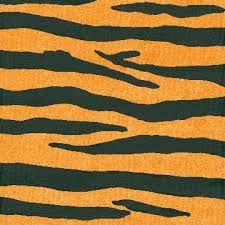 Before my time, my father joined the Marine Corps and ran off to the jungle to fight. He was seventeen.  Granddad signed those papers right smartly – he and the boy didn’t get along, not a lick, but then no one got on with Granddad. That southern charm and Bible salesman polish got chipped in a hurry when the heat of his volatile nature overcame him. He’d served as a sailor during the Second Great War, cashiered out right before his ship got sent to the bottom of the Pacific, or so the legend goes. A hard-bitten man, Granddad; not a drinker, but certainly a fellow of  towering rages, given to fist and belt when his mood was savage, and it often was. Perhaps he was thus because of all those years dwelling in the cabin he bored and built from a hollow hill in the 1940s, a bear den that became a modern day cave for a contemporary cave family.  Alaska is as dark as the pit, but a cave is darker, and darker still is the heart of the man who resides there, like a beast. Maybe he was bitter because of his failed novel manuscripts, or his failed get rich quick schemes, or that he wound up a widower and his children, except a couple of favorites, were scattered on the wind. Perhaps it was a glitch in the genetic matrix. Plain old madness. There’s a streak of that running through both halves and all the branches of my family tree to the core, the heartwood and roots; probably the same as most family trees.

Granddad’s life made an impression on me, and so too his lonely death in the Yukon Territory many years later, but I’ve never written him into a story, never based a character on him. His memory and the consequences of his actions are just a splinter of the fault line running through my mind.

So, he ran my father off, sent him packing overseas to participate in the great Police Action of the 1960s and early ‘70s. Dad survived Vietnam and returned to the States and got married. Funny thing, his replacement stepped on a claymore and got blown in half. Beat Dad out of the country by a week.

I came along and was yet a toddler when the doctors diagnosed me with cancer. There was an operation and I lost an eye and everyone speculated how a baby could get a tumor. Agent Orange, family and friends concluded. Dad had been exposed to many terrible things during his service, industrial grade defoliants among them. He’d acquired a strange rash that bloomed from time to time, igniting near his ankle and spiraling up his body in a morbidly beautiful arabesque that terminated at his neck, just under the hairline. You could plot its trajectory across his flesh. A wildfire, a tiger stripe. A red badge of courage for defense of God and country. Proof enough that something happened to him, that he’d been changed. Proof, confirmed by the melanoma that took a bite of my baby eye that he’d passed along the imprint of metamorphosis like a black gift to his firstborn. Ah, at least cancer is something your parents give you that you can cut out, if need be.

Dear old Dad knew I was in for hell in public school, what with my weepy composite prosthetic eyeball that always stared straight ahead, dead and icy as that of a stuffed animal, so when I was five he got down on hands and knees and taught me the rudiments of boxing. Nothing complicated, nothing fancy—pivot and drive with the hips straight into the nose or mouth, cross with the right. And repeat until somebody went down. He knew from brawling. There was a scar on his brow awarded in battle during Boot Camp, his nose was crooked from being smashed repeatedly, several of his teeth were sheared close to the gums, consequence of a swipe from a logging boot during a drunken scrum at a party in his youth. Most of the scars were on his knuckles, though. The shallow ones, the ones you could see.

I was a quick study and growing up, I used every dirty trick he ever taught me, from fishhooks to hip throws. Sometimes I won and sometimes I took a beating and I learned to make friends with pain and suffering, because buddy, it was all about pain and suffering no matter what side of the scoreboard I found myself on at the end of the day. A little bit of toughness, a little pride, a little equanimity in the face of fear and loss that served me well whether I was getting my balls kicked up into my lower intestines, or lying at the bottom of a sledbag in a blizzard while my face, hand, and foot froze black, and no sign from the good Lord, just me and the huskies in the howling dark.  I’ve Dad to thank for that much.

But I don’t write about him either.

It really wouldn’t make a difference anyway. Hardnosed bastards like Dad were a dime a dozen in rural Alaska, and I bet they still are. When I worked the canneries and construction sites as a lad, everybody – man, woman, child – carried a knife; most kept a gun on hand or near enough. The tenders and the bloody, grimy fishing ports, the quarries and the backwoods shacks, were tenanted by the hardest drinking, crank-snorting, pot-growing automatic rifle toting anti-social scofflaws as any white bread mother in a California suburb could hope to imagine corrupting her college-age daughter when she adventures to the Last Great Frontier for a little summer work experience between chucking her cap and settling in at papa’s law firm.  I bunked with plenty of these folks; eight men to an iron room in the belly of ship. The kind of environment where the commissary is always short on razorblades and cough syrup, even when nobody’s got a cough and sure as hell ain’t a one of those hombres wasting time shaving.

Yeah, another thing I’ll have to get around to putting in a story someday.  Meanwhile, I keep on chewing what chews on me, and occasionally I spit out the pieces and arrange them like the soggy leaves at the bottom of a cup, and try to divine my fortune. That’s all there is, nothing more.

The truth is, these incidents leave their mark and they become the flaw in the fabric of one’s soul, and whether I deploy them in a fiction or store them in some cabinet in my brain, their essential reality bleeds into everything I attempt, more or less. I don’t often write what I know, but what I know has written the book of me. And daily, I am overwritten. Daily, I am overwritten.

12 thoughts on “The Tiger Stripe”